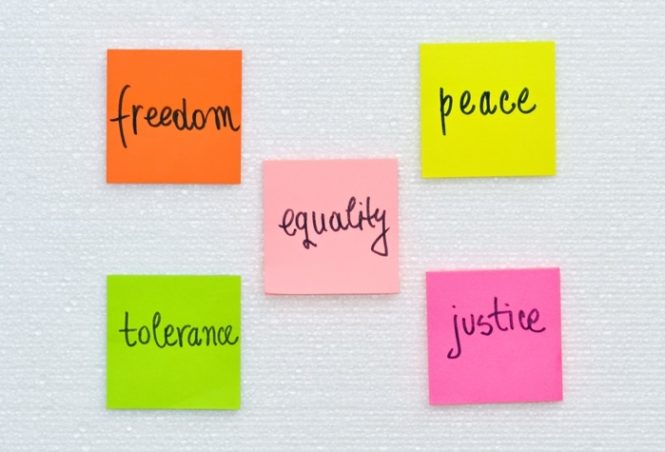 Canadian Charter of Rights and Freedoms

Governments must obey the law. There are protections for everyone in Canada against government abusing their powers. The Canadian Charter of Rights and Freedoms applies to all levels of government when they are making or enforcing a law. It also applies to Government Agencies when they are dealing with people.

The Charter guarantees certain rights. Everyone in Canada has the right to practice their own religion and have their own thoughts, beliefs and opinions. They also have the right to express these things. People are free to associate with anyone they choose.  They are free to meet in groups for peaceful purposes, including protesting an action of the government.

In Canada, everyone is equal under the law. Laws and government actions cannot discriminate against anyone because of their

Governments can, however, have special programs or services to help people who are disadvantaged on any of these grounds.

Everyone in Canada has the right to their life, to their freedom and to not be held or put in jail without good reason. In some cases people can lose their freedom, for example by being sent to prison, but this must be done in a just and fair way.

People have the right not be searched unless it is reasonable. For example, a police officer can search someone they are arresting to ensure their own safety and the safety of others. Police cannot, however, just go up to people walking down the street and search them.

People who are arrested or detained have additional rights, including the right to:

Canadian citizens have the right to vote in elections and run for election. Canadian citizens also have the right to enter, remain in or leave Canada. Citizens and permanent residents can work and move freely between the provinces and territories. There may be residency requirements before receiving things like Social Assistance. Provinces and territories can also have rules about the qualifications needed for certain professions.